Separately, Raymond James assumed coverage on shares of Cambridge Bancorp in a research note on Tuesday, December 20th. They issued a “market perform” rating on the stock.

Cambridge Bancorp operates as the bank holding company for Cambridge Trust Company that provides commercial and consumer banking, and investment management and trust services. The company accepts various deposits, such as checking, savings, money market, trust, and individual retirement accounts; and time and demand deposits, and certificates of deposit. 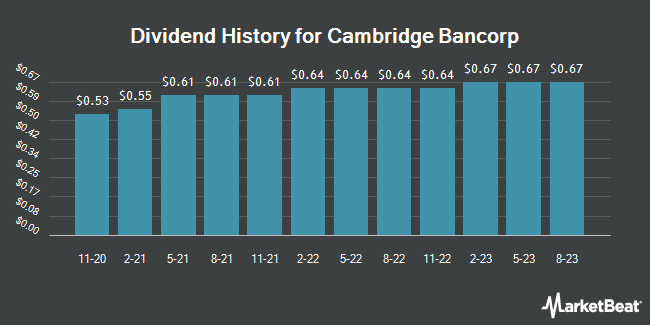 Complete the form below to receive the latest headlines and analysts' recommendations for Cambridge Bancorp with our free daily email newsletter: