Other equities analysts have also recently issued reports about the company. Morgan Stanley increased their price target on Buzzi Unicem from €18.50 ($18.88) to €19.10 ($19.49) and gave the stock an underweight rating in a report on Thursday, November 17th. JPMorgan Chase & Co. lowered their price target on Buzzi Unicem from €17.00 ($17.35) to €16.00 ($16.33) in a report on Wednesday, September 14th. Two investment analysts have rated the stock with a sell rating, two have given a hold rating and one has issued a buy rating to the stock. According to MarketBeat.com, the company presently has an average rating of Hold and a consensus target price of $21.03.

Buzzi Unicem S.p.A., together with its subsidiaries, manufactures, distributes, and sells cement, ready-mix concrete, and aggregates. It also offers special binders, safety sheets, and clinkers, as well as construction hydraulic binders for making plasters and masonry works on site. The company has operations in Italy, the United States, Germany, Luxembourg, the Netherlands, Poland, the Czech Republic, Slovakia, Ukraine, Russia, Mexico, and Brazil. 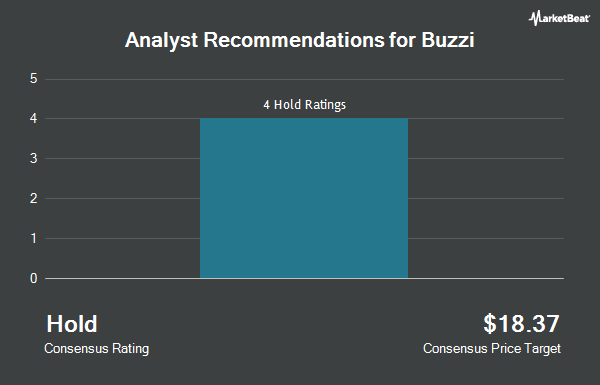 Complete the form below to receive the latest headlines and analysts' recommendations for Buzzi Unicem with our free daily email newsletter: