Canadian Solar (NASDAQ:CSIQ – Get Rating) released its quarterly earnings results on Tuesday. The solar energy provider reported $1.12 earnings per share (EPS) for the quarter, beating analysts’ consensus estimates of $0.58 by $0.54, RTT News reports. Canadian Solar had a net margin of 2.68% and a return on equity of 8.11%. The business had revenue of $1.93 billion for the quarter, compared to analyst estimates of $2.07 billion. During the same quarter in the previous year, the business earned $0.42 earnings per share. The firm’s revenue was up 57.2% compared to the same quarter last year. Canadian Solar updated its Q4 2022 guidance to EPS. 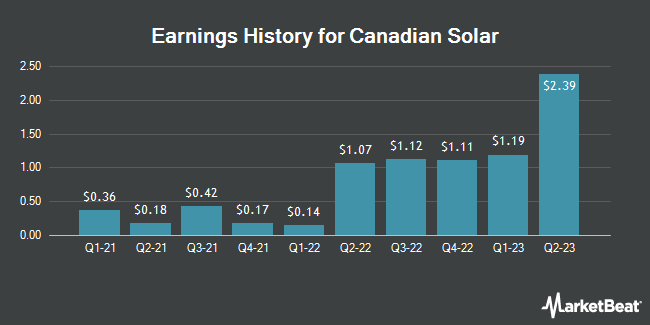 Decarbonization Plus Acquisition Shares Up 0.5%

Complete the form below to receive the latest headlines and analysts' recommendations for Canadian Solar with our free daily email newsletter: