Melius began coverage on shares of American Airlines Group (NASDAQ:AAL – Get Rating) in a report published on Monday morning, The Fly reports. The brokerage issued a hold rating on the airline’s stock.

American Airlines Group Inc, through its subsidiaries, operates as a network air carrier. The company provides scheduled air transportation services for passengers and cargo through its hubs in Charlotte, Chicago, Dallas/Fort Worth, Los Angeles, Miami, New York, Philadelphia, Phoenix, and Washington, DC, as well as through partner gateways in London, Madrid, Seattle/Tacoma, Sydney, and Tokyo. 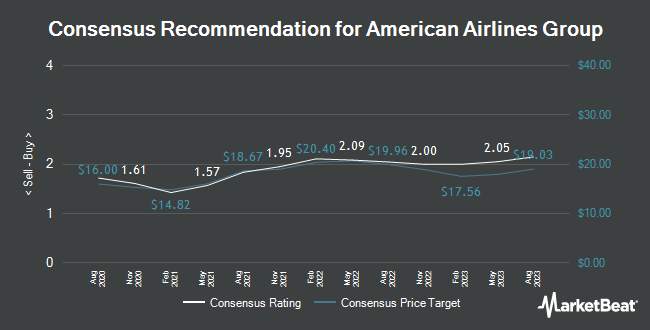 Complete the form below to receive the latest headlines and analysts' recommendations for American Airlines Group with our free daily email newsletter: