Independent Bank Corp. (NASDAQ:INDB – Get Rating) Director Eileen C. Miskell sold 858 shares of the company’s stock in a transaction on Tuesday, August 16th. The stock was sold at an average price of $87.86, for a total transaction of $75,383.88. Following the sale, the director now directly owns 12,647 shares of the company’s stock, valued at approximately $1,111,165.42. The transaction was disclosed in a filing with the Securities & Exchange Commission, which can be accessed through this link.

The firm also recently declared a quarterly dividend, which was paid on Friday, July 8th. Stockholders of record on Monday, June 27th were given a dividend of $0.51 per share. The ex-dividend date was Friday, June 24th. This represents a $2.04 annualized dividend and a dividend yield of 2.36%. Independent Bank’s dividend payout ratio is presently 55.28%.

Separately, Compass Point upped their price objective on shares of Independent Bank to $107.00 in a research note on Monday, July 25th. 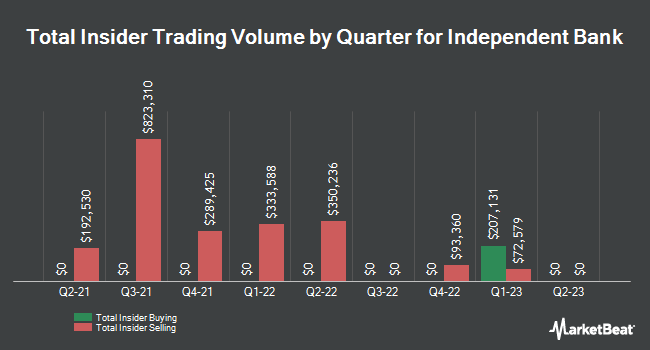 Financial Comparison: Kidpik versus Its Peers

OSB Group Plc Given Consensus Recommendation of “Buy” by Brokerages

Complete the form below to receive the latest headlines and analysts' recommendations for Independent Bank with our free daily email newsletter: