BCK Capital Management LP acquired a new stake in Tower Semiconductor Ltd. (NASDAQ:TSEM – Get Rating) during the 1st quarter, according to its most recent filing with the Securities & Exchange Commission. The fund acquired 41,500 shares of the semiconductor company’s stock, valued at approximately $2,009,000. Tower Semiconductor comprises approximately 1.2% of BCK Capital Management LP’s investment portfolio, making the stock its 24th largest position.

Separately, StockNews.com raised shares of Tower Semiconductor from a “hold” rating to a “buy” rating in a research report on Friday, May 27th.

Want to see what other hedge funds are holding TSEM? Visit HoldingsChannel.com to get the latest 13F filings and insider trades for Tower Semiconductor Ltd. (NASDAQ:TSEM – Get Rating). 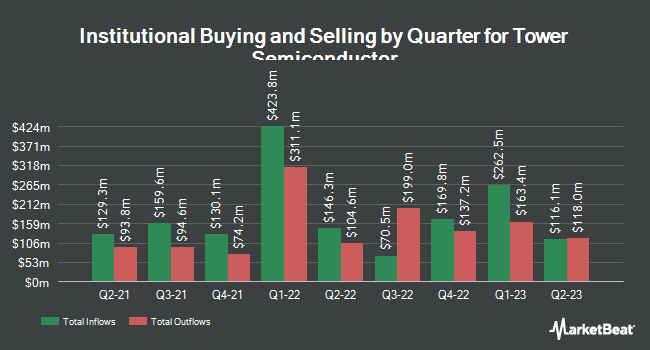 SPX Lifted to “Buy” at StockNews.com

Western Union Price Target Cut to $15.50 by Analysts at The Goldman Sachs Group

The RMR Group Downgraded by StockNews.com to Hold

Complete the form below to receive the latest headlines and analysts' recommendations for Tower Semiconductor with our free daily email newsletter: