LA Financiere DE L Echiquier trimmed its position in shares of AST SpaceMobile, Inc. (NASDAQ:ASTS – Get Rating) by 11.2% during the first quarter, according to the company in its most recent Form 13F filing with the Securities & Exchange Commission. The firm owned 159,000 shares of the company’s stock after selling 20,000 shares during the quarter. LA Financiere DE L Echiquier owned 0.09% of AST SpaceMobile worth $1,587,000 at the end of the most recent quarter.

Separately, Deutsche Bank Aktiengesellschaft lowered their target price on shares of AST SpaceMobile from $32.00 to $31.00 in a research report on Tuesday, May 24th.

AST SpaceMobile, Inc operates space-based cellular broadband network for mobile phones. Its SpaceMobile service provides mobile broadband services for users traveling in and out of areas without terrestrial mobile services on land, at sea, or in flight. The company is headquartered in Midland, Texas. 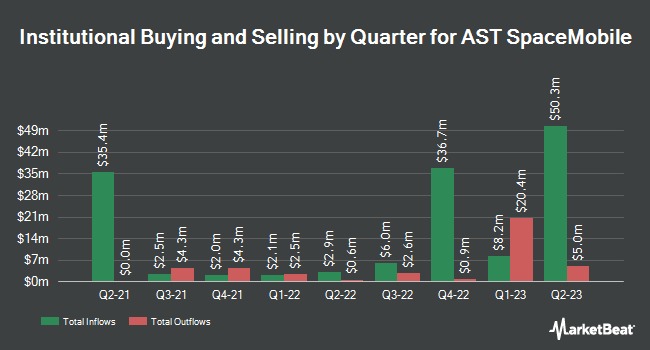 Complete the form below to receive the latest headlines and analysts' recommendations for AST SpaceMobile with our free daily email newsletter: