QEM Limited explores for and develops vanadium and oil shale project in Australia. Its flagship project is the Julia Creek oil shale and vanadium project covering an area of 249.6 square kilometers located in the Julia Creek area of North Western Queensland, Australia. The company was formerly known as Queensland Energy & Minerals Pty Ltd and changed its name to QEM Limited in August 2018. 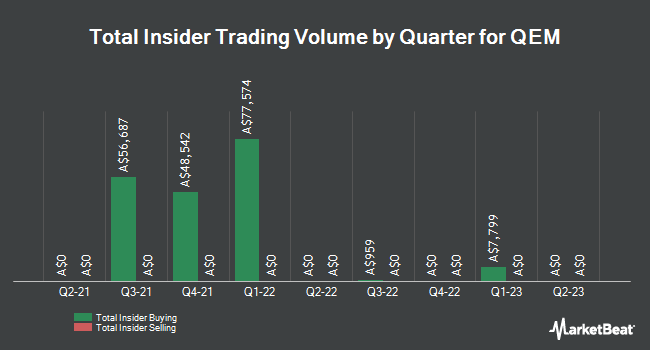 Receive News & Ratings for QEM Daily - Enter your email address below to receive a concise daily summary of the latest news and analysts' ratings for QEM and related companies with MarketBeat.com's FREE daily email newsletter.

Complete the form below to receive the latest headlines and analysts' recommendations for QEM with our free daily email newsletter: