Shares of GoHealth, Inc. (NASDAQ:GOCO – Get Rating) have earned an average recommendation of “Hold” from the nine analysts that are covering the company, Marketbeat reports. One analyst has rated the stock with a sell recommendation, six have assigned a hold recommendation and one has given a buy recommendation to the company. The average 12-month price target among brokerages that have issued a report on the stock in the last year is $3.04.

GoHealth (NASDAQ:GOCO – Get Rating) last issued its earnings results on Tuesday, May 10th. The company reported ($0.12) earnings per share for the quarter, missing analysts’ consensus estimates of ($0.09) by ($0.03). GoHealth had a positive return on equity of 10.28% and a negative net margin of 17.78%. The business had revenue of $270.59 million for the quarter, compared to analyst estimates of $165.57 million. Equities analysts predict that GoHealth will post -0.23 earnings per share for the current fiscal year.

About GoHealth (Get Rating)

GoHealth, Inc operates as a health insurance marketplace and Medicare focused digital health company in the United States. It operates through four segments: MedicareInternal; MedicareExternal; Individual and Family Plans (IFP) and OtherInternal; and IFP and OtherExternal. The company operates a technology platform that leverages machine-learning algorithms of insurance behavioral data to optimize the process for helping individuals find the health insurance plan for their specific needs. 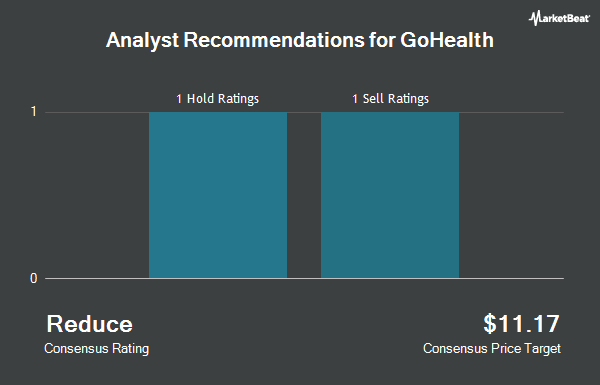 Receive News & Ratings for GoHealth Daily - Enter your email address below to receive a concise daily summary of the latest news and analysts' ratings for GoHealth and related companies with MarketBeat.com's FREE daily email newsletter.

Zcash Trading Down 3.8% This Week

Complete the form below to receive the latest headlines and analysts' recommendations for GoHealth with our free daily email newsletter: