In other news, major shareholder Morris Bawabeh purchased 26,000 shares of the business’s stock in a transaction that occurred on Tuesday, May 17th. The shares were acquired at an average cost of $22.93 per share, for a total transaction of $596,180.00. Following the completion of the acquisition, the insider now owns 1,377,776 shares in the company, valued at $31,592,403.68. The acquisition was disclosed in a document filed with the Securities & Exchange Commission, which can be accessed through this hyperlink. Also, CEO Daniel B. Poneman sold 12,000 shares of the business’s stock in a transaction dated Monday, February 28th. The stock was sold at an average price of $44.09, for a total transaction of $529,080.00. The disclosure for this sale can be found here. Over the last three months, insiders have sold 35,900 shares of company stock valued at $1,252,590. 14.00% of the stock is currently owned by insiders.

Centrus Energy (NYSEAMERICAN:LEU – Get Rating) last posted its quarterly earnings results on Thursday, May 5th. The basic materials company reported ($0.03) earnings per share for the quarter, missing the consensus estimate of $0.47 by ($0.50). Centrus Energy had a net margin of 58.67% and a negative return on equity of 91.68%. On average, analysts expect that Centrus Energy Corp. will post 3.22 EPS for the current fiscal year.

About Centrus Energy (Get Rating) 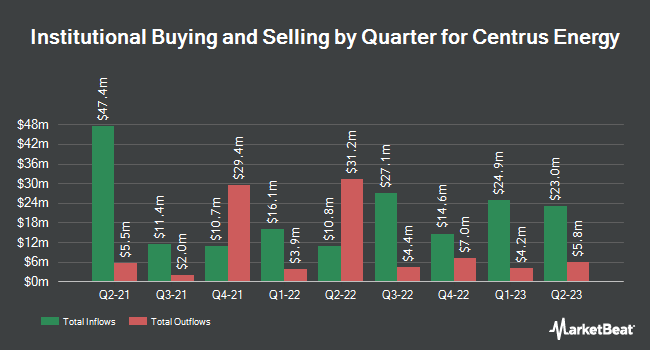 Capri Cut to “Hold” at StockNews.com

Complete the form below to receive the latest headlines and analysts' recommendations for Centrus Energy with our free daily email newsletter: