Koninklijke Ahold Delhaize (OTCMKTS:ADRNY – Get Rating) was downgraded by Zacks Investment Research from a “hold” rating to a “sell” rating in a research note issued to investors on Thursday, Zacks.com reports.

About Koninklijke Ahold Delhaize (Get Rating)

Koninklijke Ahold Delhaize N.V. operates retail food stores and e-commerce primarily in the United States and Europe. Its store formats include supermarkets, convenience stores, drugstores, and hypermarkets. It also subleases its stores to franchisees. As of January 2, 2022, it operated 7,452 stores primarily under local brands serving approximately 55 million customers, as well as online. 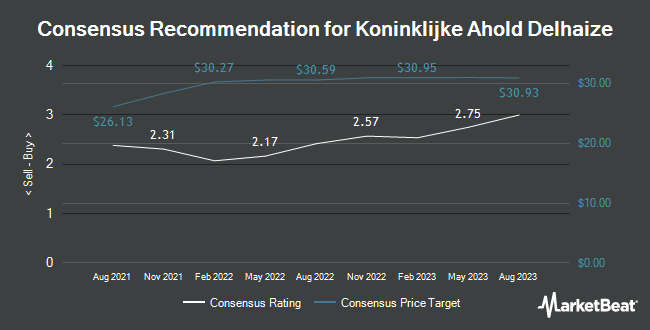 Complete the form below to receive the latest headlines and analysts' recommendations for Koninklijke Ahold Delhaize with our free daily email newsletter: