European Wax Center, Inc. (NASDAQ:EWCZ – Get Rating) has received a consensus recommendation of “Buy” from the nine ratings firms that are covering the firm, MarketBeat Ratings reports. Three investment analysts have rated the stock with a hold rating and five have assigned a buy rating to the company. The average 1 year price target among brokers that have issued ratings on the stock in the last year is $31.29.

The firm also recently disclosed a dividend, which was paid on Friday, May 6th. Stockholders of record on Friday, April 22nd were paid a dividend of $3.30 per share. The ex-dividend date of this dividend was Thursday, April 21st. This represents a dividend yield of 11.14%. 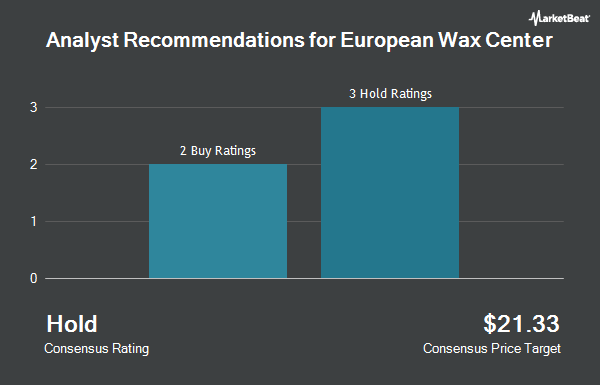 Complete the form below to receive the latest headlines and analysts' recommendations for European Wax Center with our free daily email newsletter: