MarineMax (NYSE:HZO – Get Rating) updated its FY 2022 earnings guidance on Monday. The company provided EPS guidance of $7.90-$8.30 for the period, compared to the consensus EPS estimate of $7.88. The company issued revenue guidance of -.

MarineMax (NYSE:HZO – Get Rating) last released its earnings results on Thursday, April 28th. The specialty retailer reported $2.37 earnings per share (EPS) for the quarter, beating the consensus estimate of $1.78 by $0.59. MarineMax had a net margin of 8.23% and a return on equity of 29.39%. The business had revenue of $610.10 million for the quarter, compared to analyst estimates of $541.34 million. During the same quarter in the previous year, the business earned $1.69 earnings per share. MarineMax’s revenue for the quarter was up 16.6% on a year-over-year basis. On average, equities analysts anticipate that MarineMax will post 8.26 EPS for the current year.

About MarineMax (Get Rating) 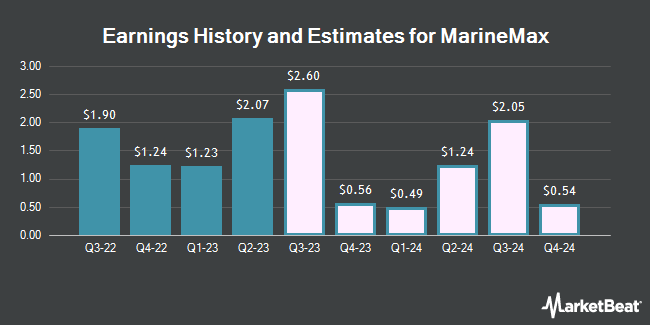 #MetaHash Price Down 2% Over Last 7 Days

Complete the form below to receive the latest headlines and analysts' recommendations for MarineMax with our free daily email newsletter: