Icahn Enterprises L.P. (NASDAQ:IEP – Get Rating) declared a quarterly dividend on Monday, May 9th, Wall Street Journal reports. Shareholders of record on Friday, May 20th will be paid a dividend of 2.00 per share by the conglomerate on Wednesday, June 29th. This represents a $8.00 annualized dividend and a yield of 15.21%. The ex-dividend date of this dividend is Thursday, May 19th.

About Icahn Enterprises (Get Rating) 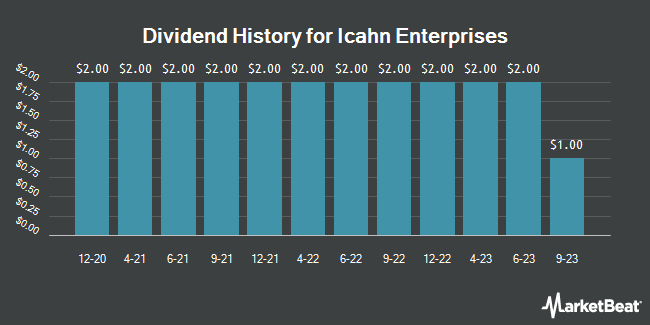 Complete the form below to receive the latest headlines and analysts' recommendations for Icahn Enterprises with our free daily email newsletter: