Schrödinger (NASDAQ:SDGR – Get Rating) released its quarterly earnings results on Wednesday. The company reported ($0.48) earnings per share for the quarter, topping analysts’ consensus estimates of ($0.52) by $0.04, MarketWatch Earnings reports. The company had revenue of $48.60 million during the quarter, compared to analysts’ expectations of $34.57 million. Schrödinger had a negative return on equity of 16.91% and a negative net margin of 72.79%. The business’s revenue was up 51.4% compared to the same quarter last year.

A number of equities analysts recently weighed in on SDGR shares. Citigroup started coverage on Schrödinger in a report on Monday, February 28th. They issued a “buy” rating and a $55.00 price target for the company. Piper Sandler reduced their target price on Schrödinger from $87.00 to $84.00 in a report on Friday, February 25th. One analyst has rated the stock with a sell rating, two have assigned a hold rating and four have issued a buy rating to the company’s stock. According to data from MarketBeat, the company currently has an average rating of “Hold” and an average target price of $70.14.

About Schrödinger (Get Rating)

Schrödinger, Inc, together with its subsidiaries, provides physics-based software platform that enables discovery of novel molecules for drug development and materials applications. The company operates in two segments, Software and Drug Discovery. The Software segment is focused on selling its software for drug discovery in the life sciences industry, as well as to customers in materials science industries. 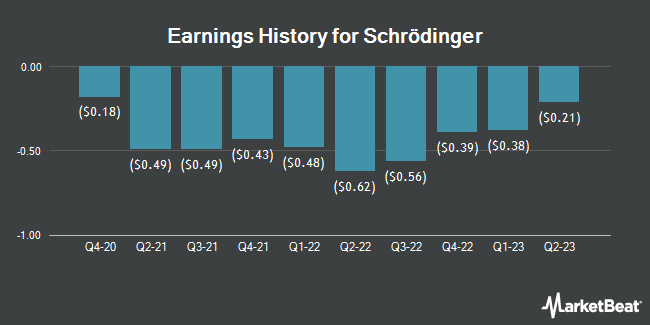 Complete the form below to receive the latest headlines and analysts' recommendations for Schrödinger with our free daily email newsletter: