Lattice Semiconductor (NASDAQ:LSCC – Get Rating) announced its quarterly earnings data on Tuesday. The semiconductor company reported $0.37 EPS for the quarter, beating analysts’ consensus estimates of $0.33 by $0.04, MarketWatch Earnings reports. The firm had revenue of $150.50 million during the quarter, compared to analysts’ expectations of $146.25 million. Lattice Semiconductor had a return on equity of 25.31% and a net margin of 18.61%. The company’s revenue for the quarter was up 30.1% compared to the same quarter last year. During the same quarter last year, the firm posted $0.14 earnings per share.

About Lattice Semiconductor (Get Rating)

Lattice Semiconductor Corporation, together with its subsidiaries, develops and sells semiconductor products in Asia, Europe, and the Americas. The company offers field programmable gate arrays that consist of four product families, including the Certus-NX and ECP, Mach, iCE40, and CrossLink. It also provides video connectivity application specific standard products. 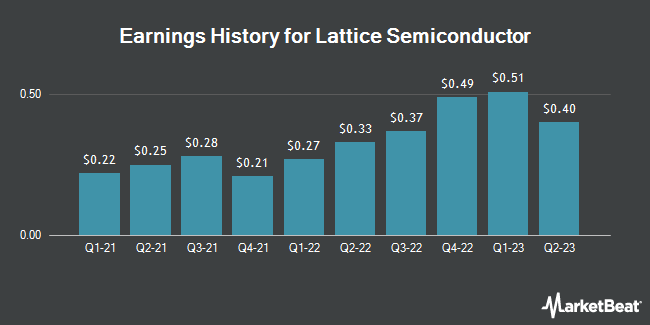 NuCypher Trading Up 13.1% This Week

Complete the form below to receive the latest headlines and analysts' recommendations for Lattice Semiconductor with our free daily email newsletter: